FANTASTIC MEDIEVAL CAMPAIGNS is a new version of the original 1974 ruleset for fantasy wargaming campaigns, in four chapters and 224 pages:

This campaign manual is freely available as a PDF, and may later be available at-cost as a hardcover book or as a set of booklets.

The first role-playing game manual is a work whose implications have been drowned out by history. It is vague and often unhelpful, offering not a system but a collection of loose guidelines and ideas which contributed to the proliferation of numerous (and also conflicting or mutually exclusive) play styles and cultures.

The character arcs are unlike any which have followed, even unlike its successors, and they lucidly foreground the game's fantasy as players lead their characters from looting the underworld below to conquering the wilderness above. Fighters become lords, mages become industrial wizards, and clerics become patriarchs of their church. The organizing principle is not historical accuracy or genre emulation, but the wildest desires of some two typical men from the American Midwest, communicated through a mishmash of wild west power fantasy and pseudo-medieval aesthetic.

The rules themselves have many obscure qualities which resist being understood in light of later texts, or do not align with cleanly with what we expect from "classic", "traditional", or even "old-school" play. Certainly it is a manual for a war game, but of a war game that shifts its own goal posts, and whose subjects are not masses of nameless troops but named personas who inhabit a simulated world of the table's making. We take this idea for granted now, but it is unlike anything that came before it just as well as it is unlike what came after it.

The goal of FMC, rather than to offer a new take on the original role-playing game, is to refresh our memories and problematize our preconceptions of a text (or even of a whole genre) that we have taken for granted. The rules are one-to-one with the original, even where there is confusion or falsehood. There is no benefit of a standard vocabulary. There is no one way of doing anything. There is only unadulterated fantasy.

And a clean, modern layout that’s easier to navigate!

The current version is Alpha (2022-11-14); the textual content is complete, but has not yet been edited, and some of the pages lack art. The project was originally a simple reorganization of the original text, so later revisions will focus on rewriting sections which hew too closely to the original; yet even in its current state, it finds precedents in projects like Greyharp’s Single Volume Edition. Overall, it is a work in progress, but one which serves well for reference and is nevertheless pleasant to read.

Please view the errata article on my blog, for mistakes in the text as well as clarification about it. Since the article was posted with regards to the 2022-11-11 release, many issues have been fixed as of 2022-11-14.

In lieu of paying for this free digital book, please support the artists who graciously contributed to this project:

Please also consider donating to one or more of the causes below, researching causes in your own area, or helping a random person you see online. Rulebooks often cost $5 to $40 depending on their length and medium. Why not put it somewhere else?

Thank you all! Please leave a review or a comment!

In the versioning and licensing section it says

it finds precedents in projects like Greyhawk’s Single Volume Edition.

but you probably meant Greyharp instead of Greyhawk, unless there is another single volume edition I am unaware of named that.

oops, thank you! have had both things on my mind lately :)

Hey, if you want more art for this, I’m happy to contribute.

thank you so much! :) you are welcome to contribute any pieces you like! please email me at la.chiquita.fajita@gmail.com, along with how you’d like to be credited and how you’d like your art to be licensed!

Love your work on rehashing Gygaxian style! Very few OD&D retroclones treat game as wargame campaign ruleset, and none that I know include Chainmail rules. It's my retroclone of choice from now on :)

Though, I have an issue with updated missile fire table (p 176).

Original table uses terms `Unarmored`, `1/2 Armor or Shield`, `Fully Armored`. These terms do not correlate with armor types. Instead, they represent amount of armor worn. Thus, unit wearing leather armor, helmet and shield might be considered to be fully armored, but unit wearing plate mail without a helmet is only half armored.

This is one of many rules open for interpretation. It might be important to leave the interpretation of this one at the reader's discretion.

Also, a few rules are missing from appendix A, specifically: formation changes, fatigue, cover from missile fire. (tho nobody will miss fatigue)

thank you so much for your kind words and feedback!

i have no clue where i got unarmored/leather/chain/plate from in the missile fire table–where does chain in particular come from?! will fix in the next version XD i agree that the original scheme is much more interesting and flexible!

there are indeed many things missing from appendix A, since it was conceived of as an abridgement rather than a straight clone. formations in particular i removed from the ruleset since, functionally, i thought they were better abstracted by having however many figures in an (implicit) 3” diameter area. still, i’d be happy to add those rules to be a more faithful representation of the original!

due to popular demand (!), will be incorporating those missing rules! :D

Just wanted to say that this is fantastically layed out, and I love the color coding of the diffrent booklets

This seems very neat, but anybody actually played this instead of just reading it?

Also reading through this now, and please take the effort to add bookmarks for referencing a pdf are a godsend,

will be adding pdfs when i get a new computer! i have only been able to make small changes in a single day since my current one is broken.

my own interest in the original text is more literary than for play, but it’s a ruleset that has existed for almost 50 years and is famously confusing and vague! this one is at least better organized ;)

I've been playing several games with the original booklets in the last 2 years, I find it really amusing and creative gameplay. Now I'll certainly play more with this version.

Question to readers/players: In OD&D, I'd never noticed the prime requisite use of other abilities than each class's main one (p10 of FMC). And I can't make heads nor tails of it.
Could anyone give me an example?

hi eric! that rule would transform into the point reallocation rule in the different versions of basic d&d, but in the original ruleset it is implied that there is no actual reallocation :)

meanwhile, all the scores themselves seem to stay the same.

Thank you for this! Fun to read, well done.

Is the general understanding that if one's CON is super low, there's no percentage chance for survival? Or does one adopt the values as above (6 would be 30%, 5 would be 20%, etc) and also have the hit point penalty?

One thing to consider is that number doesn't indicate the precise number of players at the table at any one time. It just means that number of players participate in the campaign. For example, when I ran a West Marches game years ago we had 25 players at any one point participating, but usually only 6-7 showed up for an actual game session. Then, the next game had 6-7 players too, but it might be a few different players swapped out or something.

There were multiple parties with small numbers of players, but they all played in the same 'game world'. A GM didn't run all 50 at once, but, more or less, serially in smaller 'combat units' (parties).

I'm glad to see that robots and androids are still "self-explanatory" in a way lol. Is the hiding Balor stat block intentional? I was pleasantly surprised to see them on some of the tables!

YAYYY i’m so glad that bit isn’t going unnoticed! also now that you bring it up, maybe it would be nice to have stats for the “balor”/balrog (which i just found, woo!)–but it’s also kinda funny to have them in the encounter tables but not actually described. will have to think about it! maybe i can write a description but cross it out to be silly.

So excited to read through this over the weekend

Gosh I am SO STOKED this has dropped. I’ve been excited for this for SUCH A LONG TIME omg

thank you so much!!!

This is super cool - am I right that this is probably one of the most faithful 74 + miniatures rules retroclones out there?

Also, why CC rather than OGL?

thank you, on all accounts! :) CC is just a more open license than OGL, especially since my intent is to treat this as a text rather than as a brand of role-playing games (which OGL is written to handle, specifically)

This is phenomenal! Description of robots, golems, and androids is particularly appreciated.

I’M LITERALLY SO GLAD THAT SOMEONE CAUGHT THAT, thank you so much!! :D

this is wonderful. Thank you. Wish you also had a way we could “purchase” from you — even a nominal “tip.” I’d rather not download 200+ pages right now, but would love a way to save this masterpiece in my itch library.

hi, thank you so much! :) that’s a good point and one i’m not sure of how to handle, but i’ll ask around for a solution!

just make the release a PWYW - people can still pay 0 and download it, but people can also send you money

the project is meant to be strictly free to access, especially because multiple people contributed to it on that basis.

Ah, gotcha. Got hung up on the first part of the question, since I saw you'd answered the part about the collection. My b!

i realized that something you can try is adding it to a collection! i’m sorry it’s more out of the way than it being directly in your library, but it’s one way to more easily keep track of it and other free games 😊

thanks! Will try that!! 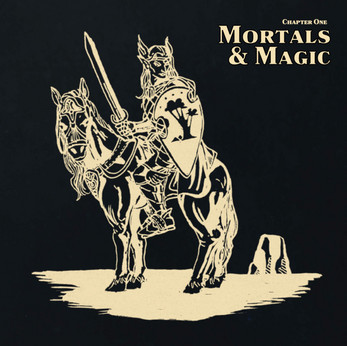 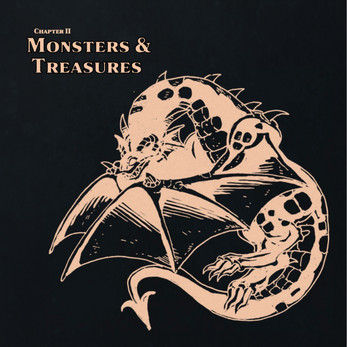 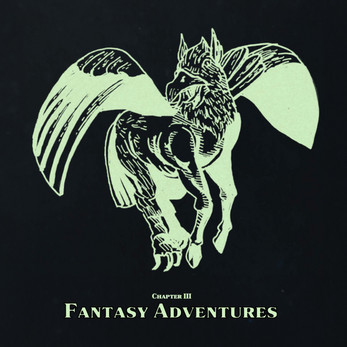 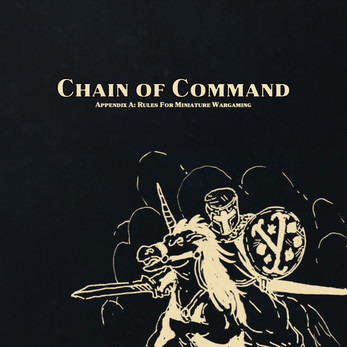